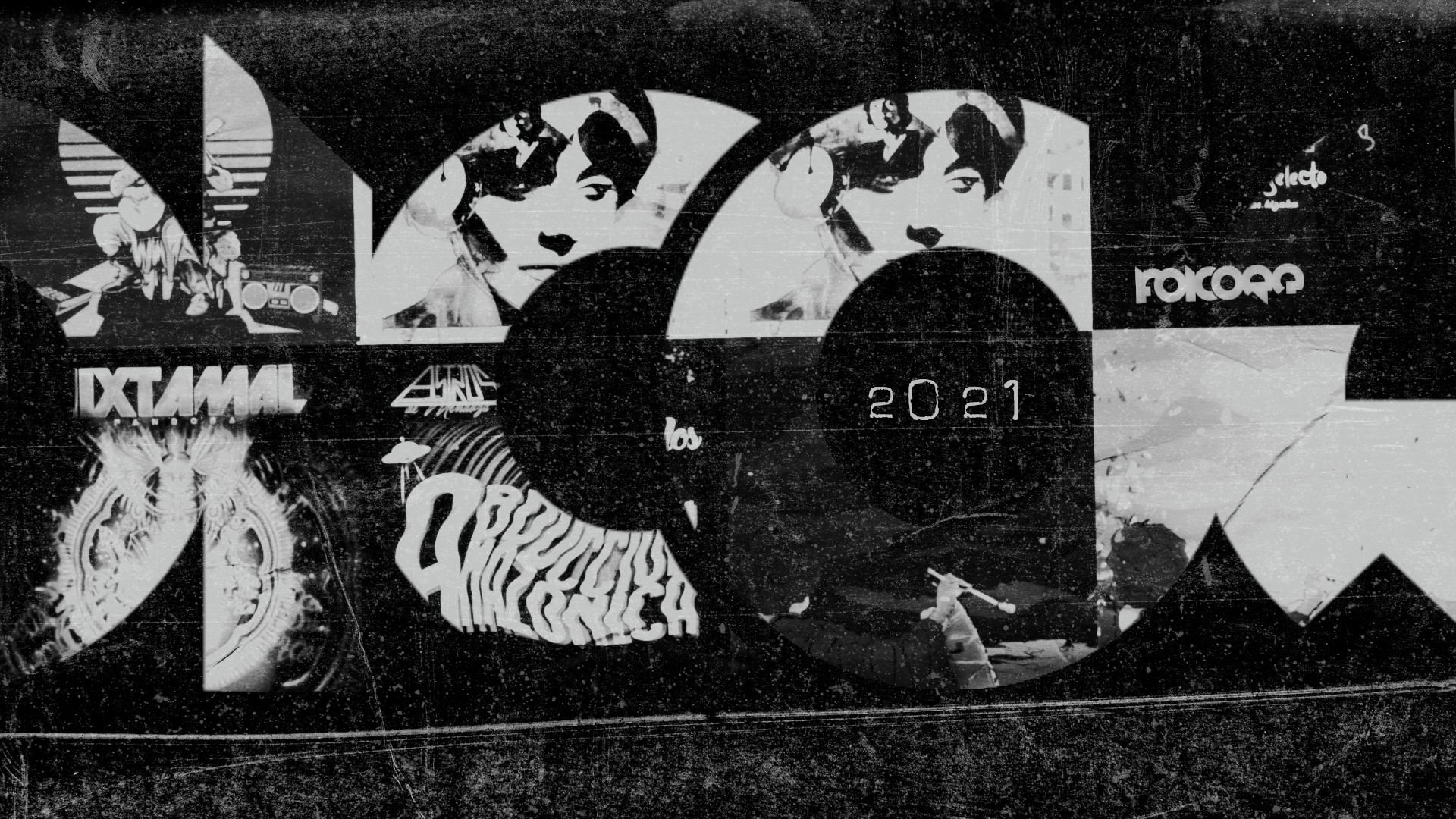 A very particular year that leaves us as a result the release of 6 singles, 4 albums, 3 EPs, 1 special edition and 1 big decision: to leave the dominant social networks.

This is how our 2021 has presented itself in the midst of many (implicit) battles for the integrity, subsistence (and existence) of the label. A thorny road, uphill and full of obstacles that we have been able to overcome. We can still affirm that we are standing tall and with our defenses high, despite the adversities.

Farewell to the dominant hegemonic networks

We started 2021 with a big decision, one of the most important (and also one of the most successful) that we have made, which was to leave the dominant social networks. We said goodbye to Facebook, Instagram and Twitter, after a year of resisting the temptations of the false illusions that these platforms create.

We vindicate the right to self-determination and free will, even if it is only to be able to choose among the least bad. Some people ask us with curiosity: How do you promote yourselves? Obviously it is not easier, but we like challenges. Today we can say that we have managed to have a more direct and human communication with our real followers, through the sending of newsletters and our communities on Bandcamp, Soundcloud and other alternative networks.

Focus on our own web platform

Most people believe, according to their implanted beliefs, that by voting they obtain favorable results for humanity from the "management" of one candidate or another, who then enters government. We believe that this "management" is up to each one of us, voting every day with every euro or every minute that we dedicate to something. Responsible consumption

We use our website to create a space where people who follow us want to be, feel comfortable, read us, listen to us and enjoy our platform.

We make decisions, following our hunches. We are not perfect, nor do we want to be. But we can say that we are proud to present a thought of our own. And we are an example, at least, an example of following a different path. And we hope we can be a motivation for many other parties who want and are encouraged to take this path. We are learning along the way as we walk it. Because - paraphrasing Antonio Machado - Walker, there is no path, the path is made by walking.

We take this opportunity to offer our most sincere gratitude to all those who have trusted and continue to trust in our work, both artists and the audience in general and all those souls who come to share this platform of creativity and expression with the same passion that we share it from day one. Thank you.

Feedback? . This email address is being protected from spambots. You need JavaScript enabled to view it.

Here is the countdown of our production in 2021.

After a couple or three years of silence, the Breton project Nixtamal led by Yann Ryo opens the Pandora's box with this album composed of 8 tracks that travel as always through the electronic dub with Afro-American nuances very friendly to the dancefloor. Cumbia, afro, dub and electro merge harmoniously to form this work that has been pressed on vinyl in limited edition and of which only a few copies are available. 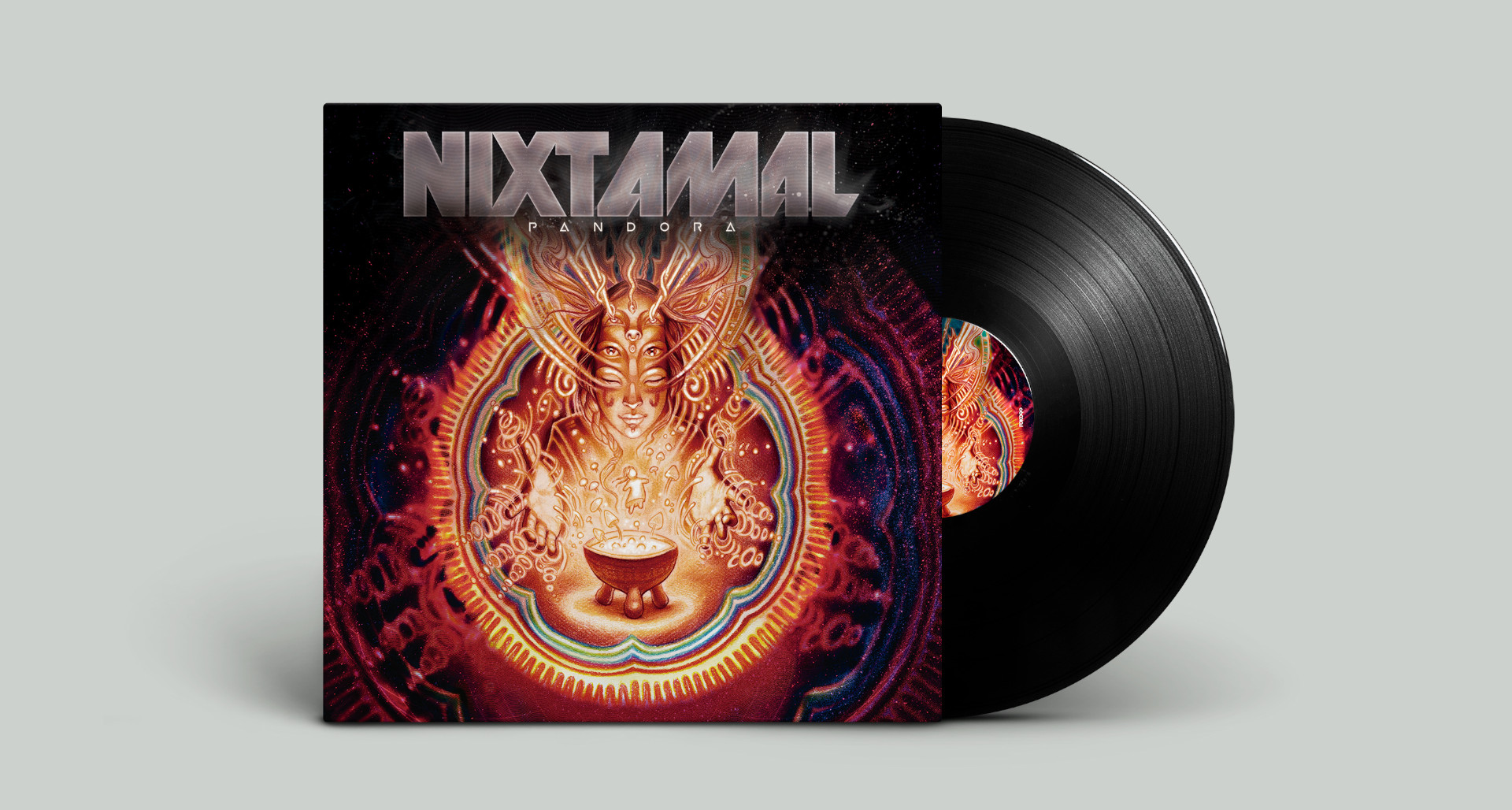 Tribute album to Los Mirlos, precursors of Peruvian Amazonian and psychedelic cumbia by the Mexican Astros de Mendoza and their friends. It features versions by Astros de Mendoza themselves in collaboration with artists from different parts of the world, such as Cumbia Drive (Argentina), Guacamayo Tropical (Colombia/Spain), Tropikore (Venezuela/Mexico),

On this occasion, artists from different latitudes remix the original tracks to create new sonorities in song format, as suitable for the dance floor in slow mode as for listening on any occasion. It features the participation of Klik & Frik, Rodrigo Gallardo, Guazú, Derrok, Tribilin Sound, Carla Valenti, Qechuaboi, Lucas Lead, Mente Orgánica, Nixtamal just to mention some of the collaborations.

I Have Prøblemas is an audiovisual project inspired by stories of migrants who suffer between borders and cry in cybercafés to develop INTERNET THEATER, an album that features five tracks with a retro-futuristic vaporwave approach to complement and merge with candombe, an Afro-Uruguayan musical genre. A re-release -the album had been originally released by El Flying Monkey label- which in addition to the 5 original tracks includes remixes by Coconutah, Qechuaboi and Mutienigga (and also a bonus track). On Bandcamp the full album with the remixes was released in a single and unique edition, while on streaming platforms it was released in 2 parts, the original EP and the remixes.

UNMAN, if it were a story, would tell the journey of a man without control, without a guide (unman in English refers to a boat without a captain, among other meanings). Dazed and going through different states, parties, encounters and misunderstandings, he comes to glimpse a beginning of understanding between the sordidness of the cities and the reassuring embrace of nature, to finally be able to rest, living something like an epiphany. Grod (Gerardo Morel) is a musician and producer, he has worked with a diversity of artists and has toured several countries with his own music and in projects in which he participates. He also produces, improvises and composes music and sound art for film, theater, dance and other experiments.

Rural Beats, is the new EP consisting of 4 tracks by The Peronists that sound like a ﬁna mix of Argentine folkore, lo-ﬁ hip hop, downtempo, rural ambient, electronic and organic electronic music. Cumbia Andina (focus track from Rural Beats) is a collaboration between Argentine producers The Peronists (Fede Randall) and Chancha Via Circuito (Pedro Canale). Both producers have been part of the Argentine collective and label ZZK Records at the beginning of the millennium (since 2006) in their early age and both have shared their tracks in several compilations referents of the new folktronic sound of Argentina: ZZK Sound Vol. 1 and ZZK Sound Vol. 2 (ZZK Records, Argentina) and The Future Sound of Buenos Aires (Waxploitation, USA) and Nueva Cumbia Argentina - The Buenos Aires Implosion! (Soot Records, USA).

Shan Batiste is a trip hop and electronic pop experience integrated by Carlo Juranccelli on programming and synthesizers, and Eva Rodríguez on vocals and synthesizers.
This Argentine duo based in Barcelona, reflects the intense force of the psychedelic trip in song format. The particularity of Shan Batiste is its organic, textured and warm sound, marking a powerful timbre personality.

This song evokes the flavor and heat of the streets of Medellín - Colombia. This "salsa steppa" - as Ruido Selecto calls the song's genre - is the union between the salsa brava de barrio and the more electronic and danceable side of dub: the steppa. To achieve a clear salsa sound, the single features the collaboration of the talented Yoni Perez on trumpet, who is known for his collaborations with multiple groups in the city of Medellin.

Derrok, born and raised in the southwest of the Andes, explores mountain soundscapes, with the aim of preserving the essence of his beloved homeland through music, bringing nature to the dance floor with a mix of electronic and organic elements, this time remixing the version of Sin darlo motivo that La Charo & Uji did for the tribute album to Leda Valladares: El Camino de Leda (a co-production between Fértil Discos from Buenos Aires and Folcore Records from Barcelona).

Lucas Page is GUAZÚ, composer, producer and sound designer from Argentina. He studied Music and Sound at UNLA. As a sound designer he has made more than 80 films released in cinema. He brings us this remix rather a reinterpretation of the version that Bárbara Silva and El Remolón did of the song Adiós pueblito de Iruya in the album El Camino de Leda.

Rodrigo Gallardo begins his career as a musician between melodies of charangos and zampoñas. After going through many musical paths he comes to form "Matanza", in these years he develops a sound in his compositions loaded with inﬂuences of folklore and electronic music, as well as the new Chilean song. In this single he remixes Tremor & Soema Montenegro doing Canto de Velorio. From the album tribute to Leda.

Ancestral Steps is the new single from producer Ruido Selecto who this time presents a musical piece inspired by the heritage of the African drum and its inﬂuence in dance and movement in global electronic music. This release features the collaboration of Lionel Kizaba; percussionist, Congolese vocalist and member of the Afrotronix project. The collaboration between these two artists results in a rich cultural and sonic mix between Colombia and the Democratic Republic of Congo, a meeting point between equatorial regions of America and Africa. "Ancestral Steps" is a song inspired by dance and movement, showing elements of Caribbean and African music through the use of the "Talking Drum", choruses and minor percussion along with the powerful bass and beats of electronic club music, a common aspect that unites the searches of these two artists.

We added new Playlist on Spotify - Summary of label activity during 2021.

During 2021 we have created 6 playlists on Spotify with different selections, a sampler of the sound of the label, with tracks from all releases, and others oriented to different moods, more or less BPM, handpicked tracks and by type of musical fusion.