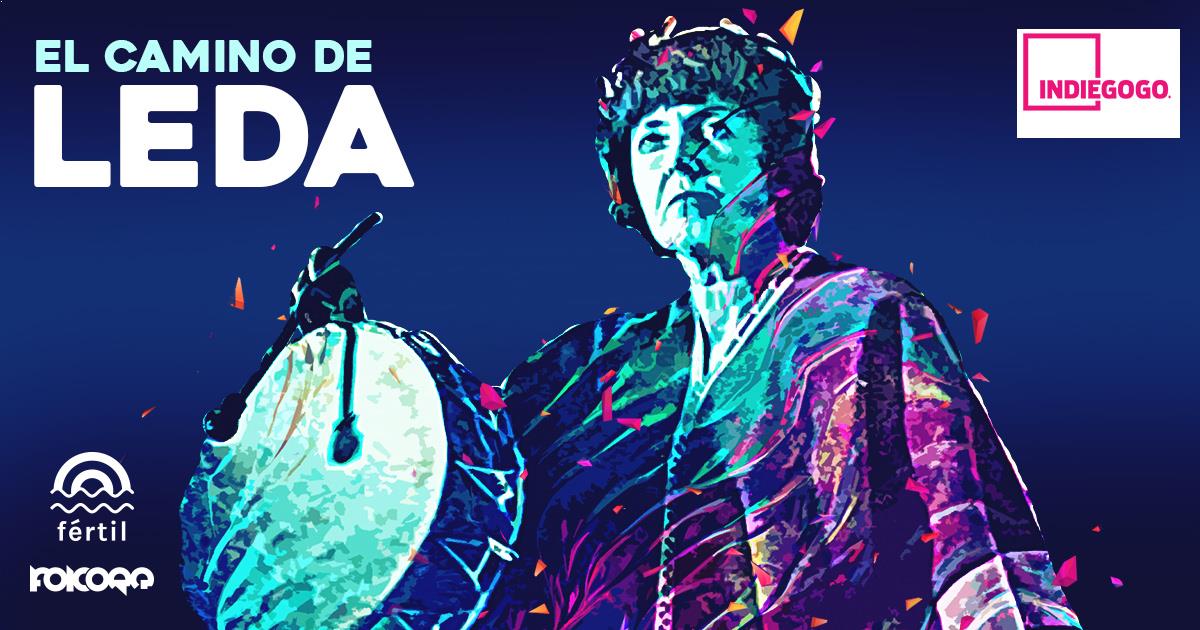 Help us make history by reversioning the work of the Argentine musicologist, Leda Valladares, in a double-vinyl phonographic edition that will take you across the sound universe of ‘canto con caja’ from the Andean highlands to the electronic music perspective, through covers and remixes by featured producers and singers of the Iberoamerican scene such as Chancha Via Circuito, El Remolon, Tremor, Tonolec, Intiche, King Coya, Soema Montenegro, Miriam Garcia and Doma Tornados, among others.

A collective of self-convened artists working under two independent record labels called Fértil Discos (Buenos Aires) and Folcore Records (Barcelona), wants to pay tribute to Leda Valladares, a popular singer, musicologist and compiler of lost songs from the north of Argentina through musical reversions of her print work, a series of graphical pieces such as posters and cards.

Under the overarching title ‘El camino de Leda’, our goal is to intercross diverse disciplines like music and visual arts in order to create a new meaning of Leda’s career path, her walks across the valleys and ravines in the northwest of Argentina carrying her recorder, compiling and revealing the sound of the Earth.

Renowned electronic music producers will take part in the project

The project will include artists with more than 10 years of experience, such as Chancha via Circuito, Dengue Dengue Dengue! El Remolón, King Coya and Leo Martinelli (Tremor), as well as younger musicians, including Barda, SidiRum, Jin Yerei, San Ignacio, Diego Perez (Tonolec/Nacion Ekeko) and Camanchaca, from Fértil Discos, together with Intiche, Doma Tornados, Cherman, Qechuaboi, Nixtamal, Mutienigga among others (Folcore Records), and some last-minute surprises. Their versions will seek to add new meanings to Leda’s compilations, seeking for new listeners as well. Leda’s voice, her unique and personal style, will be revisited by renowned singers as Miriam Garcia, Charo Bogarín (Tonolec), Leo García, Paloma del Cerro, Soema Montenegro, Celeste y Las Mil Jarillas and Pol Nada, between others. And some nice design by Son Bo!

Fértil Discos (Argentina) and Folcore Records (Spain) will be the project’s producers.

Folcore Records is a label based in Barcelona (Spain), dedicated to publishing works of djs, musicians and producers who blend electronic music and earthly sounds. With more than 7 years of life, Folcore Records has published more than 50 albums of artists coming from all over the world. It’s the house of artists such as Qechuaboi, Tropikal Camel, Nixtamal, Intiche, Animal Chuki, Tropical Terror, Shushupe, Alpha Stronggah and Doma Tornados, among many others.

Both labels work in a similar line, but from a different perspective, although they also share a mission: to create more spaces for avant-garde ethnic-electronic fusion.

Compiling the compiler with new tools

We would like to pay homage to Leda Valladares, popular singer, musicologist and lost song compiler from the Argentine north through musical versions of her released work, both on vinyl and digital.

We want to reapproach her work, just as Leda has carried out her work along her existence, recorder in hand, walking the valleys and gorges of north east Argentina, compiling songs and scanning the sound of the land.

We aim at revisiting her recompiling work through versions and remixes using the current electronic music language.

Thank your contribution, we’ll be able to make this project possible and traverse Leda’s walk again!
The estimated base budget for the full production of this project is $10,000.

By means of this crowdfunding campaign we’re hoping to raise $10,000 to cover a big part of the project’s investment and expenses such as:

We would like to offer a quality product for collectors: Your collaboration is crucial
Thanks to your input, we will be able to face the different financial commitments and expenditures that every stage of the project requires, from production to distribution of the final product (see below for more details).

Once the the project is released and after we have reached the audience through the corresponding physical and digital platforms, you will know your input has been a fundamental pillar in the production of this work and you will be pleased to know that you have collaborated in the retrieval of a musical tradition and the roots of the high Andean plateau culture and to manage to bring it closer to the 21st century audience through the current popular music prism: electronic music.

If we can’t reach our goal, we will allocate the funds raised to the same mission.

Instead of the double vinyl edition, we’ll release a digital album only.

In case the vinyl edition is part of your reward, we’ll replace this item with a surprise you won’t regret.