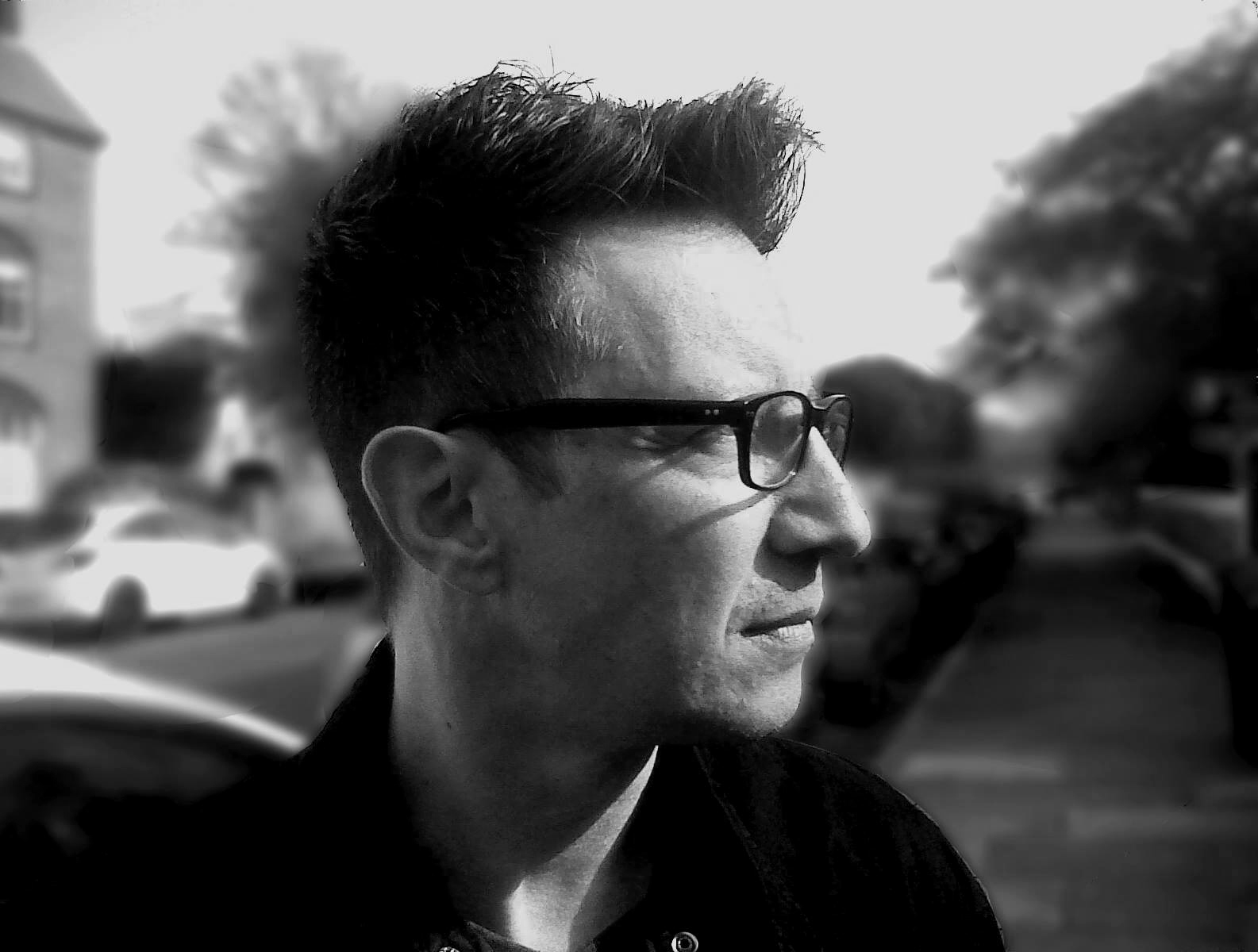 Auteur pop and the surprise factor of the unexpected

An interview with Folz B.

Favio López Bruno also known as Folz B. (FaviO LópeZ B.runo) is a creative, artist and multi-instrumentalist musician who since the early 90's jumped from city to city, between Buenos Aires, Boston, Madrid, Barcelona and Eastbourne -very close to London- where he currently resides.

Due to his restless essence, his contact with different cultures and realities from an early age and his passion for music in general without labels, Folz B. manages to create songs full of changes of directions and sonorities, as well as pretentious and careful arrangements, generating severe changes of dynamics that a priori would seem impossible, managing to amalgamate styles as disparate as compatible, which are discovered after a first listen that leaves no one indifferent.

Since his childhood he had contact with creativity, imagining and thinking things climbing the plum tree in his garden and exploring nearby land in search of microfauna and botanical diversity, activities that made him happy to be in contact with nature. Today, more rooted in philosophy and self-knowledge, he still enjoys creative exploration as a child, through his musical projects.

What was your first approach to music?

My first approach to music was with my parents' record player. They played flamenco (my mother was a professional flamenco dancer), bulerías, tango, folklore, classical, melodic and Brazilian music.
My cousin Hugo played guitar, harmonica and sang Bob Dylan style. He showed me his songs when we went to visit my aunt and uncle; he made me listen to The Beatles for the first time, showed me some rudiments of the electric bass and took me to rehearse with his friends when I was 15 years old. That's how I started in music, as in a game.

I understand that you have been living in several cities in different continents in the last 30 years, how and why was it like that?

I was born and raised in Buenos Aires. The first time I went to live outside my country was in the early 1990s. I went to Boston, Massachusetts, USA for almost two years.
I went to study music and to gain new experiences working in something else. It was hard because I left my parents' house, I left my country, to live with a partner and to work in something other than music, all for the first time. At the end of 2000, after having stayed in Buenos Aires for nine years, I decided to return to Boston, this time with the intention of settling there.

At that moment I felt that I could no longer live in Argentina. Since I was a teenager I dreamed of leaving there, I love my people and my history, but there are countless things I don't like about it. To the point of feeling that I was the one who was really wrong, that's why I left. I stayed in Boston until mid-2010 and returned to Buenos Aires for a year.

In 2011 I went to Madrid, then to Barcelona (2012/2013) and from there to England, where I live since October 2013.
As I got used to emigrate, I didn't stop until I found what I was looking for. A healthy, inspiring place, with lots of nature. A safe, stable place, with friendly people, where I could live peacefully, without stress.

How was your time in the different places where you lived, on a human and artistic level?

From my experience, the United States on a human level is very hard. There is a culture where money rules, they treat you according to how much money you have. It was very difficult for me to make American friends; I only made one friend from there in the 12 years I was there.
I always related much better with Latinos and Europeans. On an artistic level, Boston is an important creative pole. There is a lot of musical development because the most internationally recognized universities are there, such as Berklee College of Music, New England Conservatory and Boston Conservatory. Boston is also home to Harvard University and MIT (Massachusetts Institute of Technology).
Spain on a human level is impressive. The people are divine and very funny. Spanish people enjoy every moment of life. It is a pleasure to meet people there. Unlike in the USA, in Madrid and Barcelona you make friends all the time. Artistically, although there is a lot going on all the time, it is a culture that does not "reach" me as deeply as the Anglo-Saxon culture. I don't have any explanation for what happens to me, it's just how I feel. Maybe that's why I feel so comfortable in England. The human level here will never come close to the Spanish. People are very kind, correct and polite, but it is very difficult for them to open up. That's why here too, as in the USA, it's difficult to make friends. Although now that I have my own family and am much more involved in philosophy and getting to know myself, it doesn't affect me as much
On an artistic level, I feel that England is the place for me: the enormous British musical movement, which is constantly evolving, makes this nation a very important creative powerhouse, if not the most important compared to all other nations.

Where is your place in England today?

I live in Eastbourne, East Sussex. It's a small seaside town on the southeast coast of the country, about an hour and a half train ride to London.
I feel I have found my home here, where I have been living for over eight years now. My relationship with the UK started when I listened to The Beatles as a kid. I always dreamed of living here. In the eighties I used to buy the Melody Maker newspaper in Florida street in Buenos Aires and also English cassettes by mail of Yes, Vangelis, Rick Wakeman, etc. I also love English cinema. I really like how polite and respectful they are. I value respect, seriousness and professionalism in people. Here, in general, everyone takes what they do very seriously, from a greengrocer to a surgeon.

Eastbourne is a beautiful city, it is famous for being the sunniest city in England. I live very close to the sea, in a place where I can just hear the birds from my house. It is a highly inspiring place.

When was the Folz B. project born? What was it that prompted you to do this project?

It's funny how this project was born in me. During 2019, I had been creating much more cerebral and complex music. From time to time, I would take certain musical breaks, where I would create danceable loops with ideas that I was improvising on the fly. As time went by, I discovered that I enjoyed these musical breaks much more than the other music that I considered more "important". Then I gave free rein to the pleasure and began to shape it. Sure enough, some experimental and complex stuff found its way into that style as well.  Ultimately, what drove me was my desire to show my own point of view on how music that really made me dance should be.

My intention with Folz B. is to make good danceable music that also has some complexity in its arrangements, composition and instrumentation. I really enjoy combining styles and going off the beaten path. I am very attracted to the tribal, the primitive, along with the surprise factor of the unexpected.

I had several musical projects during my career. All with the goal of expanding my palette of styles. I went from hardcore punk to mariachi, to techno boy, symphonic/progressive, jazzman, folky, funky and beatle pop. In 2007 I started researching World Music, where I discovered wonderful music.

I currently have two projects: Folz B. and Favio Lopez Bruno, being the latter a rather quiet music, more linked to the cinematic, with solo piano ballads, with tints of World Music and electronic, in contrast to the tribal danceable Folz B.
Stylistically I am now returning to the song format with lyrics, with a more minimalist instrumentation and many voices. Aesthetically and sonically, I'm playing more real instruments than virtual ones: Steinway and Blüthner grand piano, 6-string electric bass, udú, djembé, melodica, etc.

With so many references mentioned in both artist names and styles and/or instruments, how important can it be for you to have musical influences? Do you?

It's hard for me to find direct influences of certain artists in my music. I think this is because I listen to a very wide range of musicians from very different genres. I'm very curious, I'm attracted to any music that has been made from an honest place. As I have been listening to a lot of music for several decades now, I easily detect both deception and artistic daring.
Whether or not I have been influenced by them, I deeply admire artists such as Peter Gabriel, Brian Eno, Robert Fripp, Joni Mitchell, Paul Simon, Sting, Kronos Quartet, David Byrne, The Beatles, Pink Floyd, Depeche Mode, Underworld, Grace Jones and even Rosalía.
Of the latest I've heard and loved I highlight Morita Vargas and Castora Herz, who recorded for Folcore Records a few years ago.
An influence is a foreign aesthetic that remains within one, perhaps because it touched a certain very internal nerve that unconsciously lives and is recreated by one using one's own filter. Influences are not something important to me. Many people tell me that my son is just like me and I don't see that so clearly either... Maybe it should be the audience who finds my influences and not me.

What can you tell us about the "Kiss" EP?

"Kiss" was my first EP for Folcore Records. I feel like my music has different skins, different layers. "Kiss" was my first skin which, being the most external, was more accessible and pop. It's a project where I display the sonic range of what I can do. One song leads to the next, like a journey, where each station is a different world but in harmony with the previous one.

You are working on a new EP that will be out very soon...

Yes, I'm working on a new EP, this time for the brand new label The Nü World Music. It's going to be called "Why?", which apart from being the title of its main track, is a very interesting question, especially in these times of post pandemic and war conflicts that we thought were buried in the past. Musically it is deeper than "Kiss"; I sought to broaden the proposal by going further in the development of the songs. The music here is more complex, without losing the contagious beat that invites you to dance, but also makes your head enjoy at the same time that your body dances.

Do you have plans to perform live?

Yes, I'm looking forward to performing both EPs here in England this summer. It would make me very happy to see people dancing and having fun again after so much forced confinement.