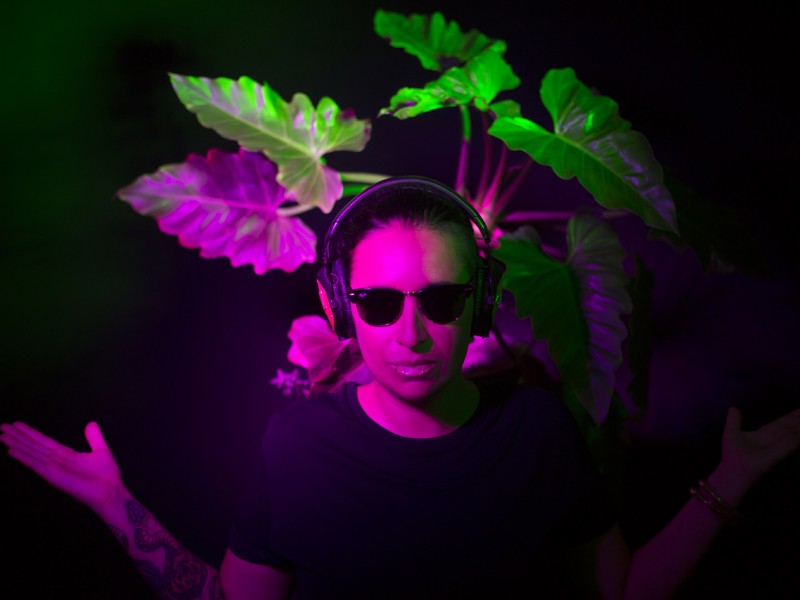 From forest engineering to electronic cumbia beats, Shushupe has been turning up the heat in Lima's underground scene and parties since 2005. Her pioneering vision took some years ago the folkloric sounds of the deep Peruvian Jungle to create a menagerie of powerful and exotic music also known as Tropical Bass.

Her expeditions to the Amazon led her to a world of ancient Peruvian cumbia and horror at the sight of The Bushmaster, the most venomous pit viper in the jungle, known by the elders as the Shushupe. That's where Ursula gets her stage name and lives up to it as an exotic force of nature, dwelling among magical and colorful rythms.

Shushupe's unwavering presence in the city's underground circuit has made through the last decade, thousands of people party till the lights go out. She has performed in many festivals all over the country like the 1st Festival of Music and Performing Arts SELVAMONOS 2009, Amazon Love Festival 2010, Festifusion 2011, Latin American Film Festival, 7 Mares Festival 2013-2014, NTC Nike 2015, International Women's Day concert and many more in Lima and other cities like Cuzco, Piura, Huaraz, Iquitos, Ayacucho, La Merced and Oxapampa. Her bars and clubs musical journey goes from local favorite dance floors to heating up the roof in New York City's East Village.

Indocumbia, Shushupe's first EP, released by Spanish label Folcore Records, brings to life her jaunting through Semarang, Indonesia, building up a collection of electronic beats, cumbia and traditional Indonesian music. The impressive cover art serves as a prelude to a trippy voyage through Shushupe's mind and musical soul.

She is currently working on Taricaya Beats, her second release, featuring a fusion of digital cumbia based on natural and animal sounds recorded at the Taricaya ecological reserve located in the Peruvian Amazon in Madre de Dios.

Shushupe vibes with a unstoppable momentum that recently made her the winner of the Miller SoundClash Peru, taking her to Las Vegas this September to light up the city with a power global bass set delivering a delightful and exquisite experience they will, undoubtedly, never forget.