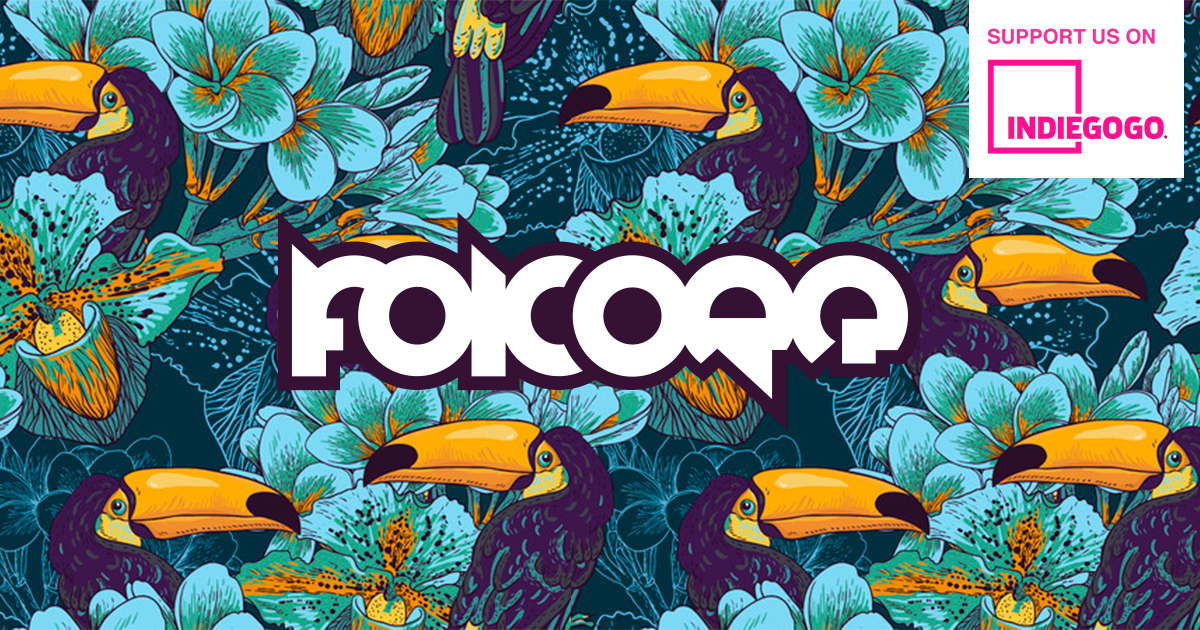 10 years of Folcore: from audiovisual collective to record label

About The Project - Summary

Folcore Records turns 10 in October 2019. From its beginnings, in 2009, as an audiovisual collective to the present, the label has published more than 110 releases in digital format, by artists from around the world, with special focus on music from Latin America, mixing technology with roots, as well as past, present and future of global sonorities.

In this new stage that begins, the label wants to take a step forward, with releases in physical format: pressing vinyl records of several of its next releases, plus other physical editions in cassette and CD, while keeping up with its classic digital format.

In order to carry out this journey, we need the support of all the people who follow our project and believe in our ability to create a quality product and of those who, for the first time, approach our work of dissemination of culture through our commitment to new emerging world music, daring and unprejudiced new styles, full of life and magic.

From audiovisual collective to record label: History of Folcore Records

Folcore was born in Barcelona as an audiovisual collective, a group of local DJs and VJs (mostly emigrants from different countries) who met with the intention of organizing audiovisual events. As part of the activities they carry out, Folcore Netlabel is founded, and releases of different DJs and producers are published, in EP format, mashups, remixes and original singles. Later, the audiovisual collective dissolves and Folcore Netlabel becomes Folcore Records, under the curatorship and management of Germán de Souza, a.k.a. Cherman. 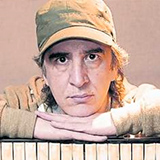 "Congratulations on the site, the move, the DIY spirit, the good taste and the work that I know it implies doing this, which is more for the love of art and music than for something else." 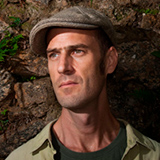 "Folcore has consistently been releasing adventurous, challenging and innovative music for many years now. They are dedicated to releasing gritty, rough and in-your-face music that builds on and is inspired by traditional rhythms, melodies and textures. And, there is so much music! I’m still digging and haven’t managed to check everything. Everytime I check it, I discover fantastic new sounds. If that’s not enough, they are constantly putting on events with amazing artists in Barcelona. Viva Folcore!”

Precedents: Germán de Souza - Who is this guy?

Germán de Souza, current label manager of Folcore Records (also known as Cherman in his facet DJ/producer) is an Argentine artistic director, producer and communicator residing in Spain for more than 17 years. He has worked for 4 years as a label manager at Cabeza Netlabel, with Lucas Luisao, in the curatorship and executive production of this Argentine cult label, which has published early works by Lucas Luisao (Argentina), Dante Spinetta (Argentina), Super Guachin (Argentina), Neki (Serbia), Daleduro (Argentina), Black Mandingo (Argentina), Qechuaboi (Peru), SelfEvident (Canada), among others. 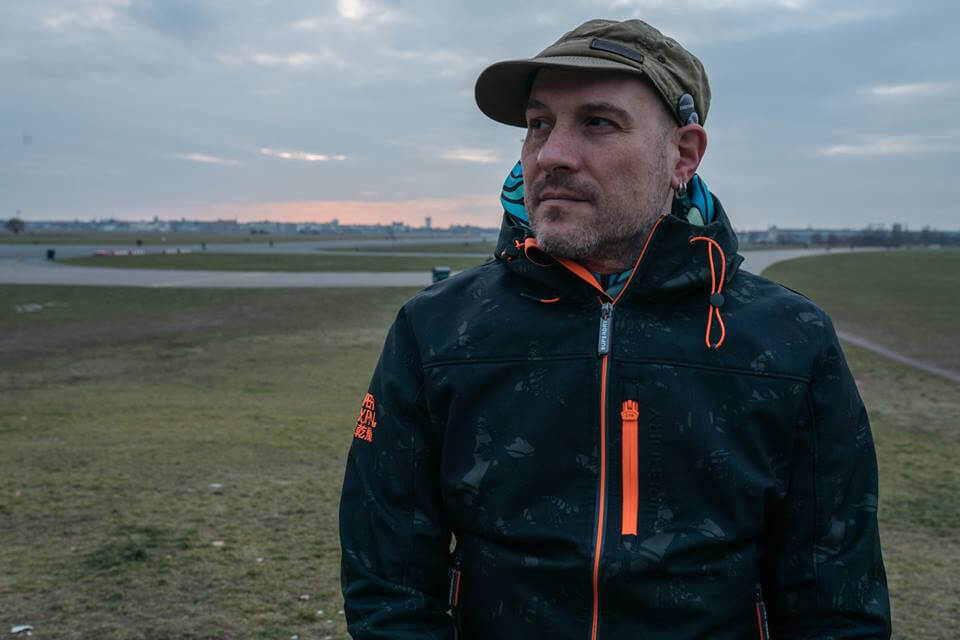 With Folcore he has been producer of different events in Barcelona, ​​in the first years of the movement of the new electropical music and the Tropical Bass in Spain (between 2009 and 2012) since then to date, presenting the artists Dick El Demasiado, Meneo, Maga Bo, Fauna, El Remolón, Super Guachín, Frikstailers, El Hijo de la Cumbia, Schlachthofbronx, Miss Bolivia, among others... just to name a few.

He has also worked as producer and manager of the musical group Las Manos De Filippi -and their parallel band, Agrupación Mamanis- creators of the hits “Himno al Cucumelo” and “Sr. Cobranzas”, versioned respectively by the Cordoba’s “El Potro” Rodrigo and Bersuit Vergarabat.

Cultural agitator of Buenos Aires pre-Y2K and Barcelona, ​​has been producer of numerous events, from festivals and concerts to raves and free-parties in Barcelona and its hometown.

From its beginnings to the present, Folcore Records has launched more than 110 works in digital format, through platforms such as Bandcamp, Soundcloud and also a selection of these works are available on streaming platforms such as Spotify, Deezer, iTunes, YouTube, etc. 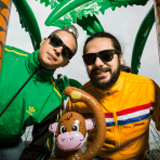 "We follow the work of Folcore Records for years. Congratulations on everything you did! This label is spectacular! "
— Djamdjian Simon of Low Frequency (Chinese Man Records / France)

With extensive experience in the launch of music on digital platforms, and great support from both specialized media, as well as colleagues from the sector, both musicians and other record labels, producers, emerging festivals, etc. We decided to take a step forward with the publication of works in physical formats, both on vinyl and on cassette and CD, without neglecting digital publications in streaming and other platforms. 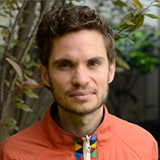 “La Noche, by Guazú, is one of those musical gems that appear very occasionally. I find it very exciting and inspiring to hear it”. 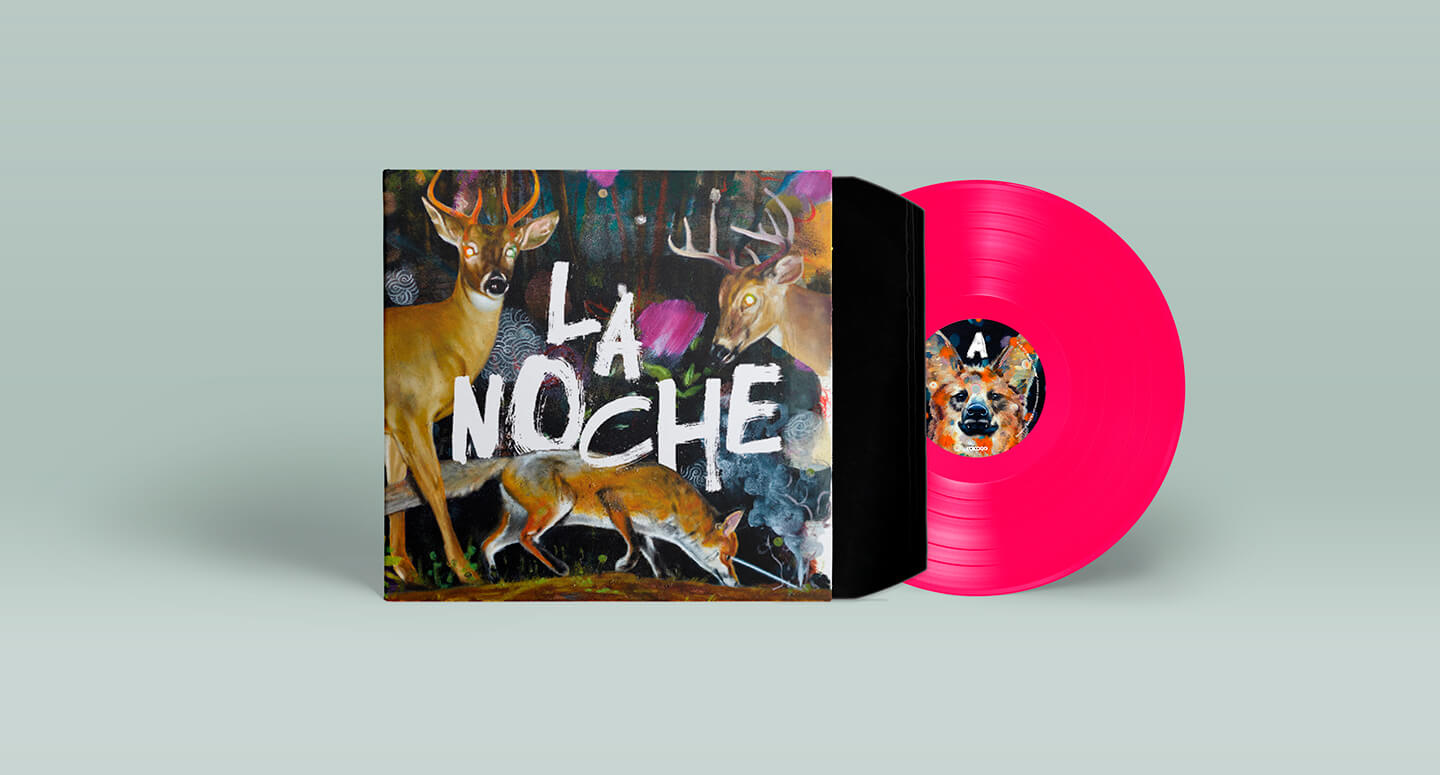 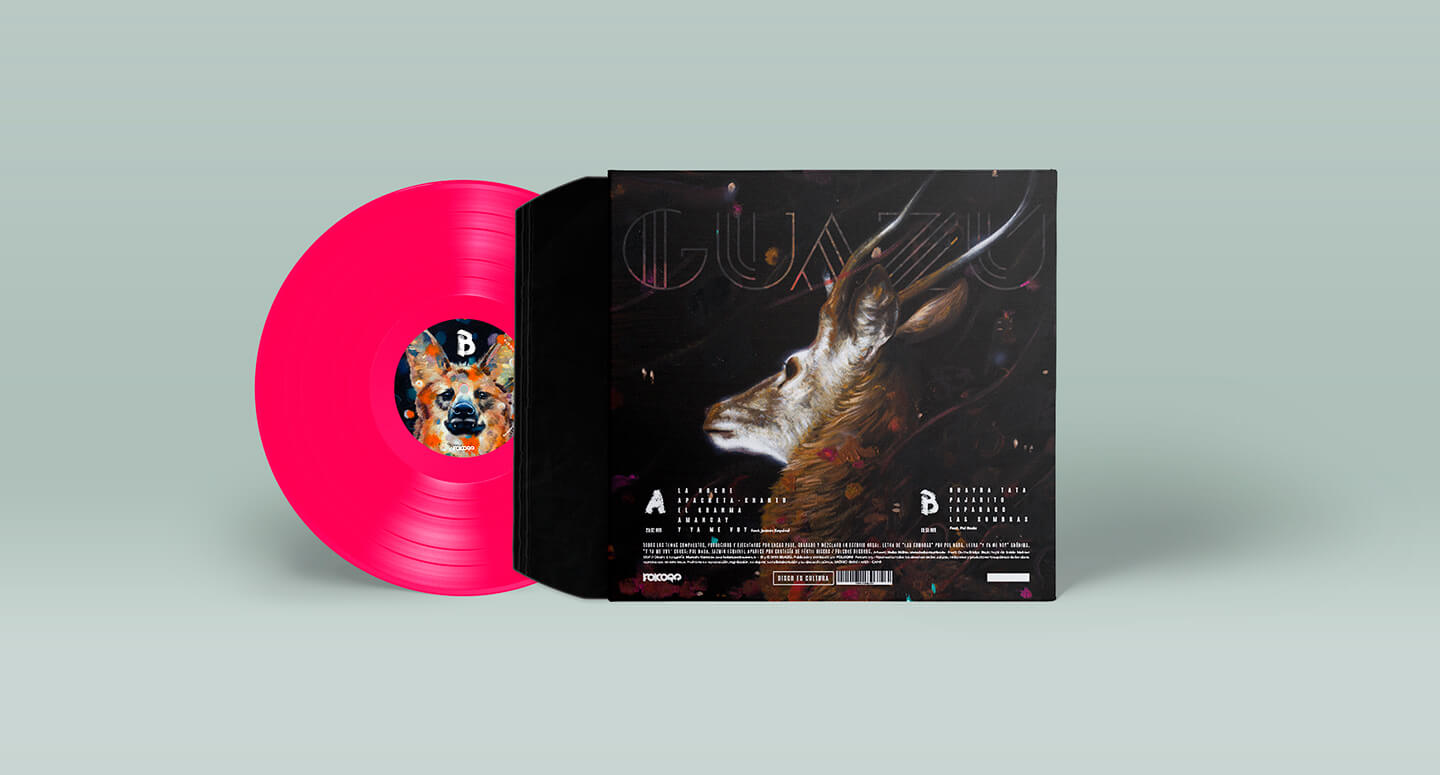 Recently, Folcore Records has partnered in a record project with the Argentine label Fértil Discos, a tribute to the Argentine musicologist Leda Valladares, a production released in double vinyl format, with the participation of Argentine artists such as Chancha Via Circuit, Charo Bogarín, Dat García, Uji, Barda, Tremor, El Remolón, among other artists. 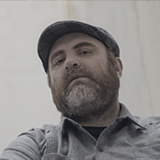 For those of us who are attentive to what happens within the worlds covered by the global bass, the Latin bass, the bass and the folklore of the world in relation to electronics, Folcore Records has always been an inexhaustible center of novelties, of those difficult of finding.
Of all the benefits of the label, which has many, perhaps the most transcendent is that, as with wide-ranging eyes they have managed to capture and expose the work of a great palette of artists of different nationalities, the vast majority unknown or almost. In fact, several names of those who are leading today in those scenes began their journey by publishing through Folcore.
This structure has always bet on heterogeneity within a clear and concrete identity that points to experimentation, to make the dance floor proactive, broadening the spectrum of what usually sounds in clubs, festivals and radios.
From that perspective, its passage through the years is an achievement. Theirs has been a pharaonic company that privileges the artistic, the "played", ignoring almost fashions, walking away from what usually happens today in the electronic-centered stamps, which assume homogeneous stylistic and sonic labels with a look purely mercantilist; losing the fundamental center of music, its spirit, in pursuit of the serial.
Folcore Records is an oasis in the middle of the beaten, displaying a plurality of voices and aesthetics that does not stop growing, giving rise to a catalog that speaks of the rich diversity that exists in the margins, beyond the dividing lines, where they are born the threads that grow then in full view of everyone. 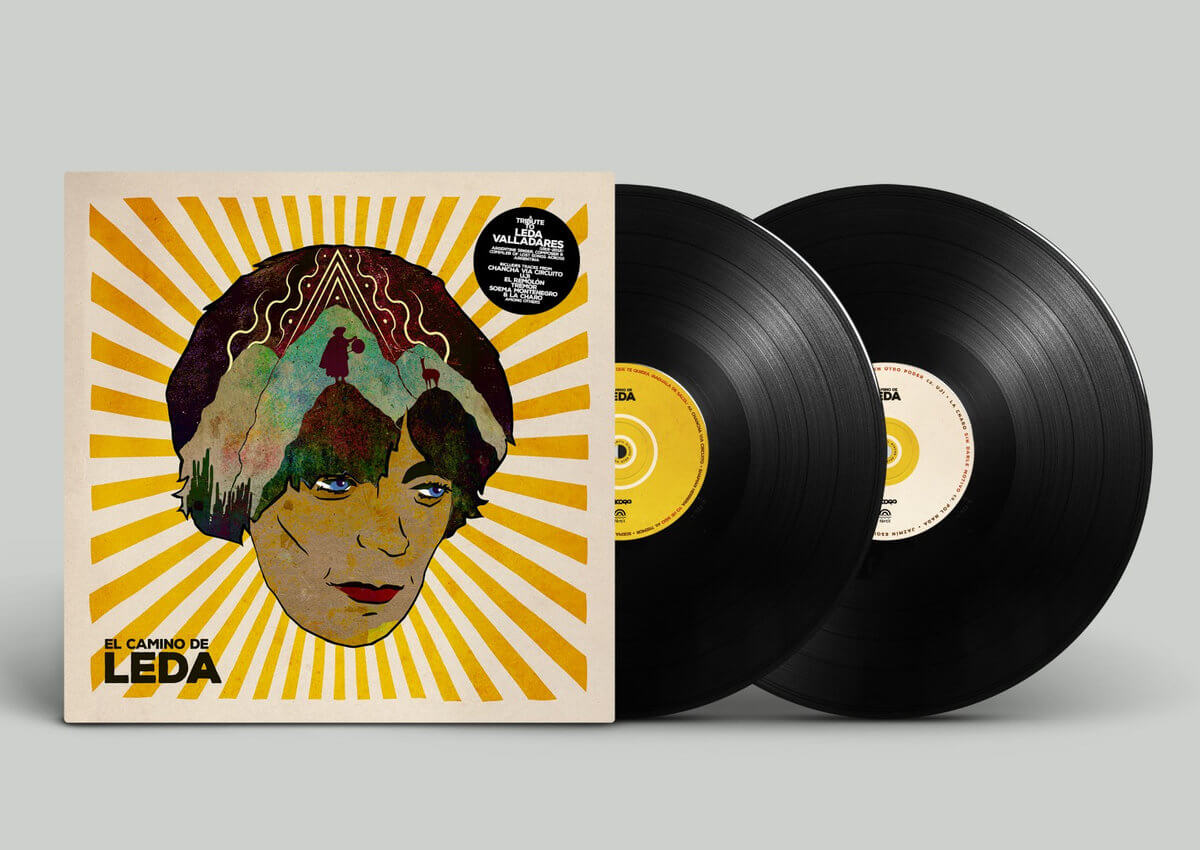 Currently, the project is in a second phase of production that will be completed with the edition of a double vinyl of the remixes of this album and will feature the participation of Klik & Frik, Tribilin Sound, Volatile, Bonish, Juan de Borbón, ... more artists to highlight ...

New incorporation in Folcore Records, we have ready your next work that will be published on vinyl and digital, under the name of "La Noche", 10 electronic folklore songs of Argentine roots, full of instrumentation and diverse rhythms, with airs of trip-hop and cinematic soundscapes. Guazú's first work was published by Shika Shika. In this second album the project takes on a new life and will be presented in live show format.
Release Date: Nov 11, 2019

In 2018 Folcore Records releases the debut album of the Colombian project THUB, under the title of "En el tropico". An exquisite mix of traditional sounds of the Pacific and the Caribbean with electronic music of great danceable energy. In the remainder of 2019, Folcore Records will publish an EP of 4 songs that will be titled “Tierra de nadie”, while finalizing details of their next album to be released in digital and vinyl format. The project is currently available for live performances and in planning a tour of Europe in 2020.
Estimated release date on vinyl: January 2020

Ruido Selecto is an electronic music project that adopts Jamaican and tropical rhythms as the raw material of its sound, in essence black music is a clear reference and for this reason its sound style encourages dance and dance as reflected in its productions and live presentations through a powerful live act.
The project is created by Juan Esteban Herrera, guitarist, sound explorer and music producer from the city of Medellín, Colombia.
Estimated release date on vinyl: January 2020

Philippe Dunant, aka Poupa Honk began studying clarinet with a teacher who insisted on making him decipher sheet music. But this classic approach to music only served to get him away from the theory and excite him to explore different forms of improvisation and self-taught learning, oscillating between the colorful and deep downtempo dub, popular melodies and digital environments.
Estimated release date on vinyl: February 2020

Coming from the Venezuelan coast, north of South America that distributes musical cocktails throughout the world, Segundo Tropikore Vásquez is a DJ/producer of electronic music. Today, he resides in Mexico, where he exercises from his own hands and softwares, the sound mixture that is felt in the lowest tracks of the country.
Estimated release date on vinyl: March 2020 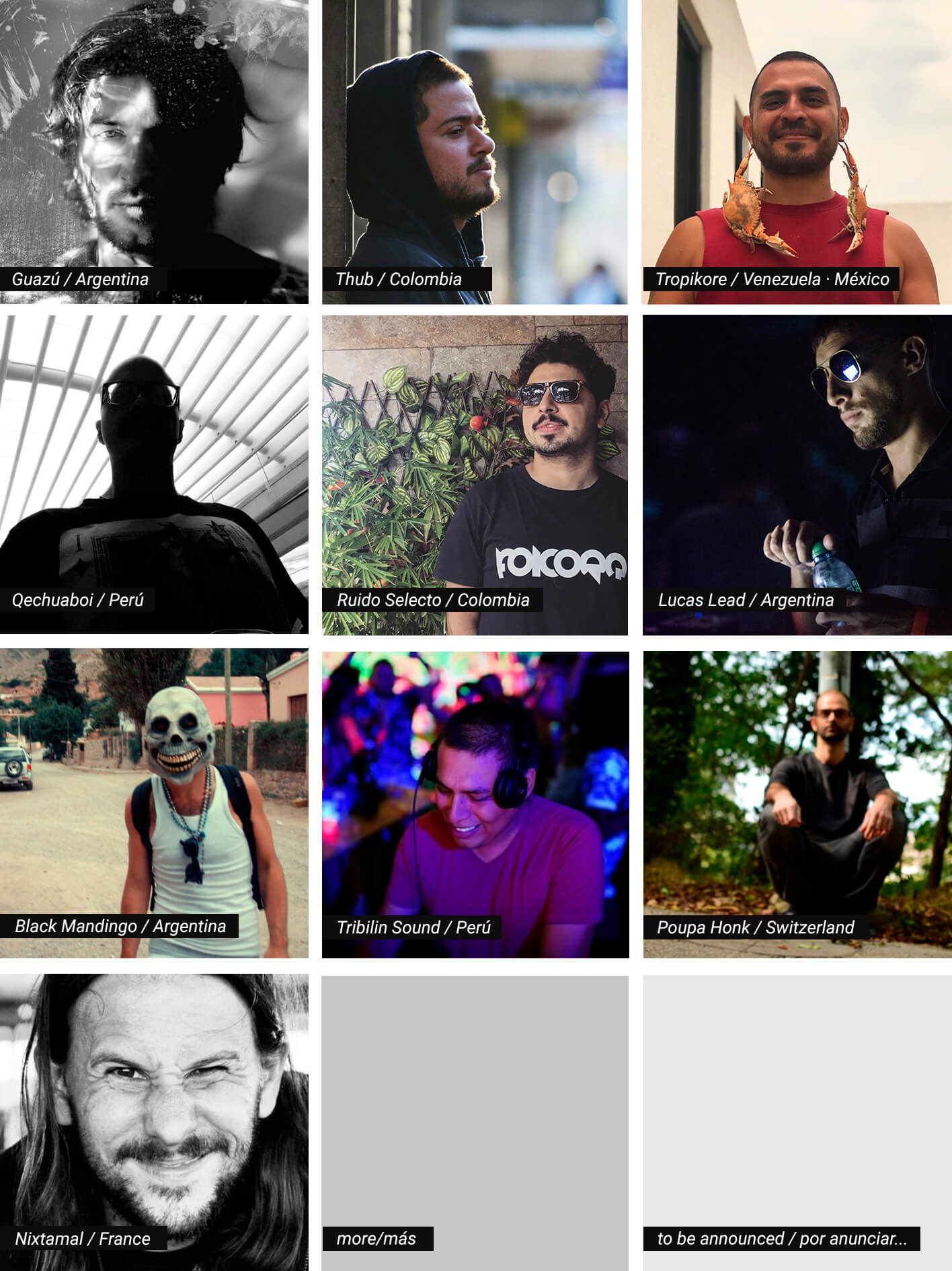 Born in Lima - Peru, he began his experimentation at the end of 2010 while living in Barcelona and listening to an album by Los Mirlos, which was loopened by stripes and dust, with "The Green Miracle", the idea of ​​his first single is born "ijustwannarumbearte" and thanks Head! Netlabel was released an EP in 2011. Since then he has published numerous releases with Folcore Records to date.
Estimated release date on vinyl: May 2020

Alvaro Ernesto a.k.a Tribilín Sound begins at the end of the year 1996 playing at parties and different events of youth audiences with Eurodance and cumbia classics in various discos of the Lima circuit. This allows him to have a wide collection of musical successes which includes rhythmic collages and mashups in his various productions for Regional (Chile), Terror Negro (Peru) and Folcore Records (Spain).
Estimated release date on vinyl: May 2020

Nixtamal found his own identity walking between tropical music, dub and reggae. This road had taken him 10 years ago to Mexico where he was contaminated by cumbia fever. Nixtamal is always ready to make the dance floor vibrate with your New Cumbia! And of course, the sound of Nixtamal has roots, basssss and groove.
Estimated release date on vinyl: June 2020 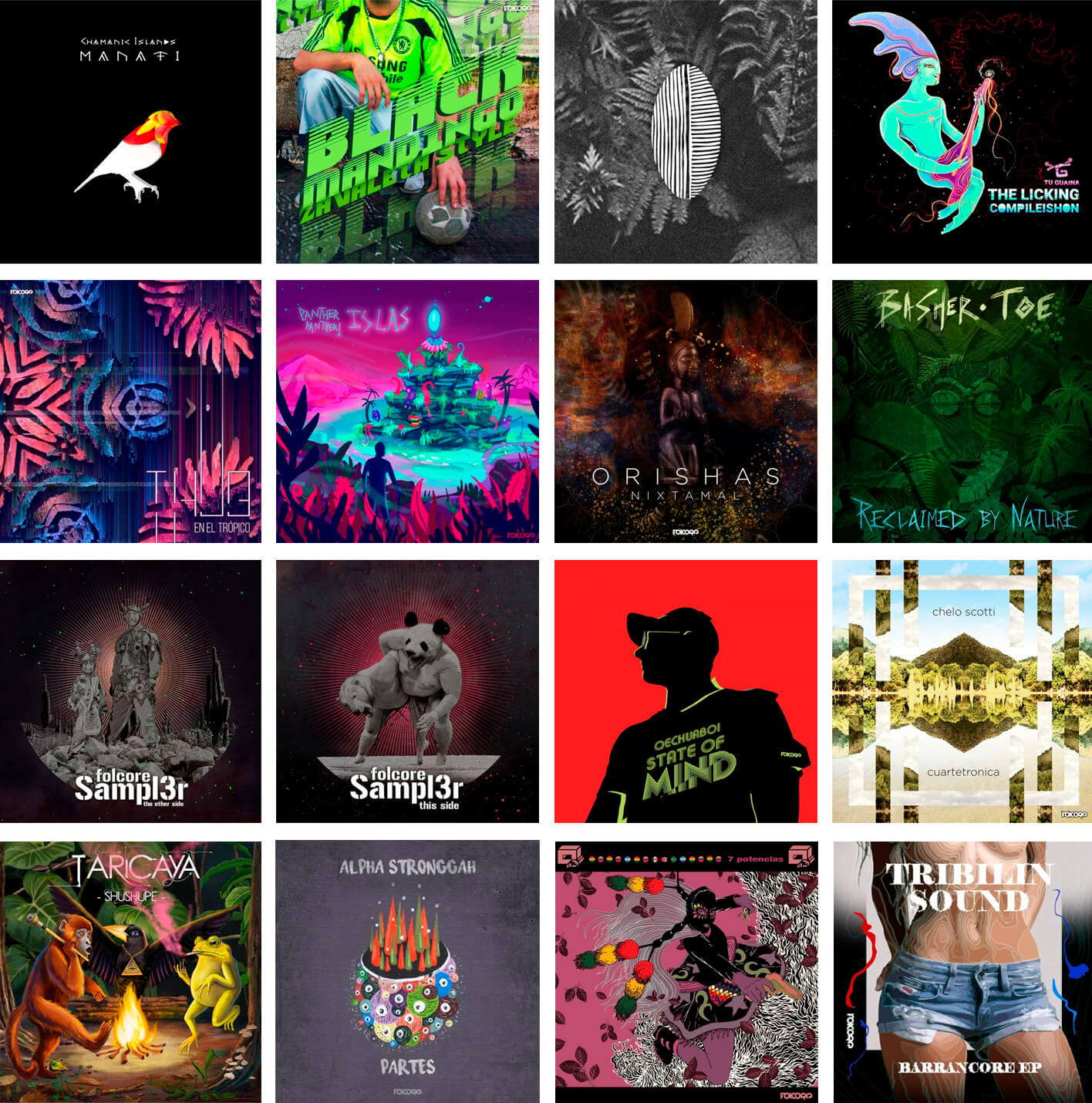 What will we invest the money in

What do we need to make this happen?

We need to collect at least the sum of money mentioned in this crowdfunding, which will be used to give it an initial boost, as a starting point, to be able to launch the first releases in physical format, and its distribution.

What happens if the total money is not collected

The project will be carried out anyway, whether the total amount of the crowdfunding is collected or not. The launch deadlines will be different and some initial specifications will probably change, such as the number of discs to be pressed, or the budget of some of the games will be reduced, and alternative solutions will be sought. 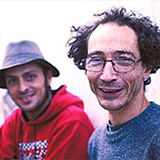 "We want to support this new venture of our friend Germán de Souza and hopefully everyone can support him, which is about pressing vinyl through his Folcore Records label. May they have all the support in the world! Big up German! "
— Cabra & Pecho from Las Manos de Filippi - Argentina

In Which phase is the project right now?

Each of the works that we will publish in vinyl and in general, in other physical formats, are in different stages of production:

Are parallel releases going to be digital only?

In this pre-production stage, we have already made ties with various professionals and companies that join the project, offering us their services at special prices and providing financing and cooperation in general, service exchanges, etc. They are:

Folcore Records has been supported by the following media:

Other ways to collaborate

Thank you very much for your attention and your time, and for getting here with us.