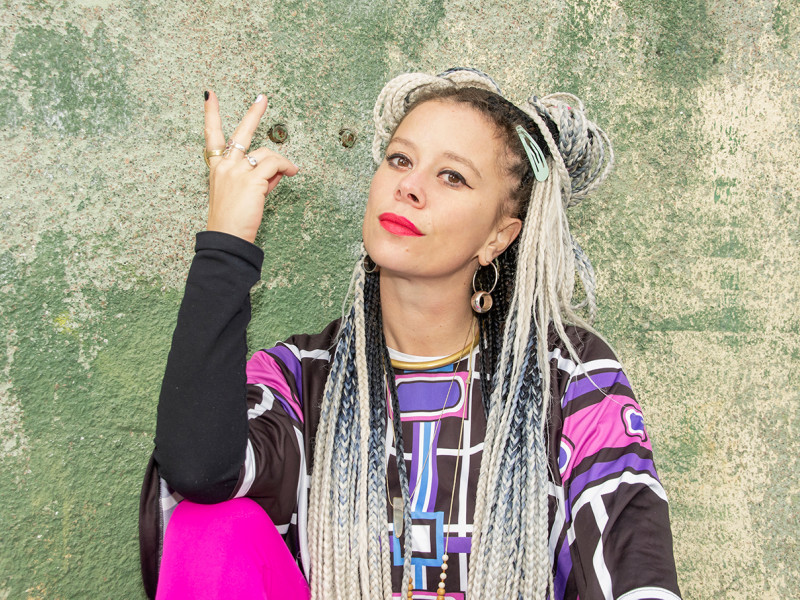 Shining and eclectic, Bianca creates an Elektro-Tropical-Worldmusic musical journey through an organic fusion of electronic music mixed with Cumbia, Reggae, Dub, Soul and Hip Hop with sounds of India, Latino America and Africa. Her undeniable talent for the stage, but especially her very particular voice with seductive and appealing intonations - as well as her dancing performances - have seduced particularly the scene in Berlin, Rome, Goa, Nuakchot and Barcelona.

Bianca was born in Italy having a German mother and Italian father. She grew up in a multicultural universe since a very young age. She started with classical dance and went further to the "Italian National Cinema School of Rome“ (2006) where she graduated with honors.

Bianca developed her music style even thanks to the numerous travels through Asia, Africa & South America which affected her with some fascinating ethnic beats.

Her strong voice contrasts with her sweet appearance. It is a rare pearl to listen to such sensitivity, finesse and power. Bianca is home-based in Berlin which is her center of music experimentation. She is constantly creating and working on her distinctive musical influences.