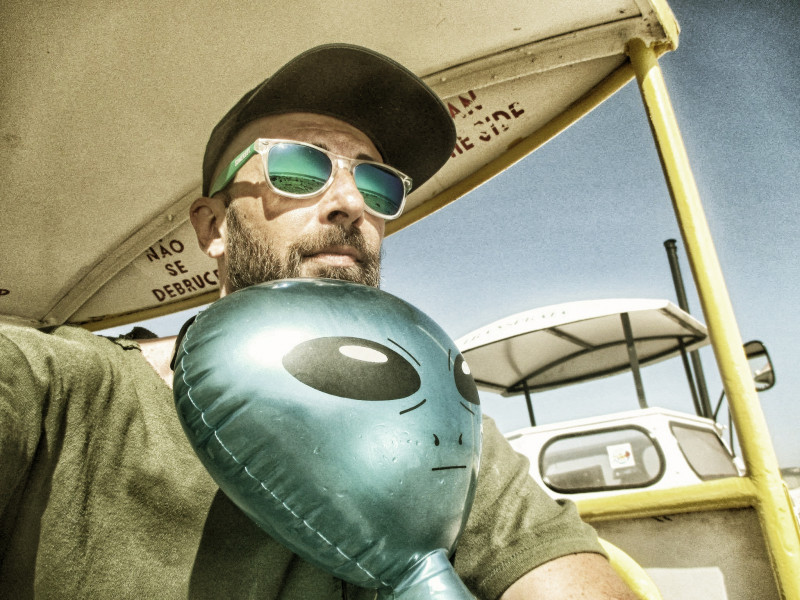 At the age of 7, Silviu Costinescu, the real name behind Alien Pimp and SubJazz, was living in the slums of Bucharest, Romania, playing football during the day and reading Jules Verne during the night.

At the age of 14, he was still living in the slums, but having his own show of alternative music on one of the first private radio stations in post-communist Bucharest, Radio Nova 22.

At the age of 20, he was awarded First Prize at Assos Music New Talent Festival and started to get wide recognition as a local producer and performer.

At the age of 27. New York Times was seeing him as one of the main figures of the new Romanian music scene, had his face shown on CNN for pioneering Internet as a medium for artistic collaborations, he was long after 100 stage performances. He was also writing for several magazines and newspapers, most notably the Romanian Playboy and Popcorn. Also did a crazy Tarantinesque photo-shooting for FHM as a fashion model.

Soon after his 30th b-day he left Romania for a never-ending pilgrimage on world’s beaches, changing base frequently and trying to leave behind a trail of good vibes, memorable gatherings and top notch releases.

At the age of 35 he was a prominent name in the trenches of bass music in Barcelona, Spain, as label owner, DJ, producer and promoter, after having toured half Europe.

Nowadays, he’s just entered his 40’s in Portugal, very active in the studio and on Internet, involved in many music projects, running a few record labels, managing bands and directing music videos.